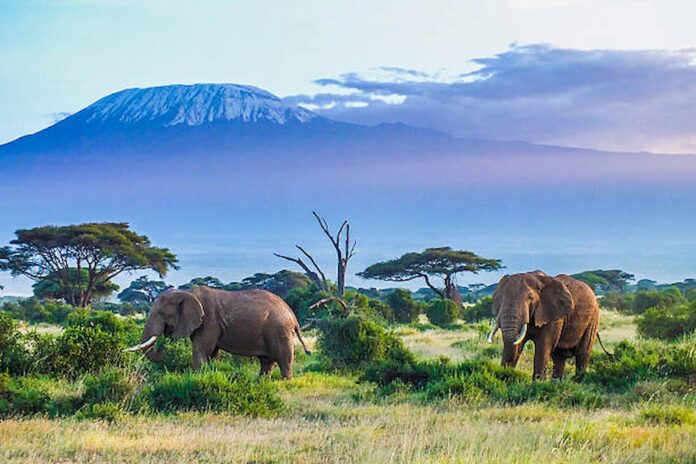 Everyone wants something different from their travel experiences. Some seek fine dining and luxurious comfort, others drink in history and architecture, while some are after the most fabulous wildlife encounters the world has to offer. If this sounds like you, then carry on reading.

From the sunbaked plains of Africa to the dense forests of South America, this list contains all you need to know about the top travel destinations for those obsessed with all creatures great and small.

Brazil is famed in conservation circles due to its exceedingly high levels of biodiversity. It plays host to several endangered species, many of which originate from the Amazon rainforest. From big jungle cats like jaguars and ocelots to gentle herbivores like three-toed sloths and sea turtles, Brazil is a haven for wildlife encounters that you can’t experience anywhere else in the world.

Conservation efforts in Brazil are constantly at odds with corporate development, and wildlife tourism goes a long way towards protecting the hundreds of endangered species indigenous to the country.

Brazil is the native home of almost a thousand endemic species, most of which are threatened or endangered. Be sure to do your research before visiting to ensure that you support ethical wildlife tourism.

Just off the south coast of Africa, the island nation of Madagascar is the home of myriad endemic species of mammal, insect, reptile, and bird. Perhaps its most famous denizen, the ring-tailed lemur, brings scores of tourists and wildlife photographers to Madagascar every month.

Madagascar is unique in that roughly 90% of its animal species are endemic to the island – meaning they are not found anywhere else in the world. The most famous among these are the various species of lemur, but the list includes several species of chameleon and tropical bird as well.

South Africa is known for its booming wildlife tourism industry. Game reserves like the Kruger National Park host thousands of international travelers every year. Both alone and with guides, tourists drive through the vast, heavily protected reserves hoping to catch a glimpse of one of the” Big Five” – the lion, the leopard, the rhino, the wildebeest, and the elephant. South Africa is the only country in the world where it’s easy to travel and see so much wildlife as all these species live within range of each other.

Of course, you can also expect to see plenty of giraffe, zebra, birds of prey, wild dogs, and various species of antelope.

When people think of Australia, it’s not uncommon to immediately see visions of terrifying animals all of which are lethal and aggressive. While Australia does host several dangerous animal species, it is also top on the bucket list of any wildlife enthusiast – or anyone who enjoys the online slots Australia offers!

People flock to Australia to enjoy encounters with kangaroos, quokka, koala, and for the stout of heart, the diverse range of snake and spider species that call the country home. For those with the spirit to brave the heat, Australia is a treasure trove of experience for anyone with a love of wild animals.

The World’s Most Unusual Hotels

5 Reasons You Need To Go On A Nile River Cruise!

How A Trip To Hawaii Island Can Become The Superlative Experience Of Your Life?