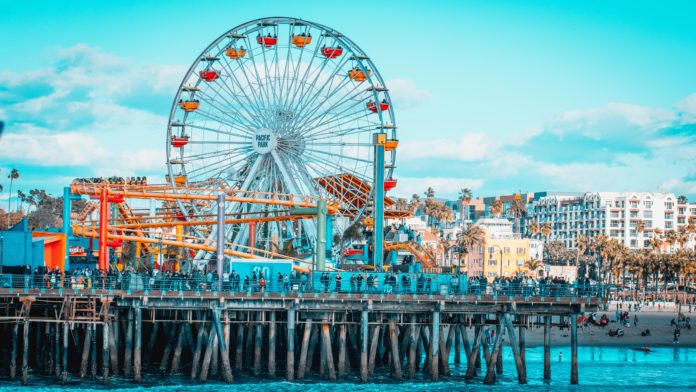 To hear some people talk about it, you might think Atlantic City is something of a ghost town. Once a thriving destination for entertainment and luxury on America’s East Coast, it passed its heyday decades ago and even more recently was financially ruined by bad casino deals.

While it’s true that the city has had some tough times though, it has also rebounded somewhat, to the point that the “ghost town” label is now quite inaccurate. In fact, those who still visit will often find that it’s still a very fun place for a unique sort of coastal getaway. Below, we’re looking at some of the features that make it so, from the iconic Steel Pier to the engaging casinos. 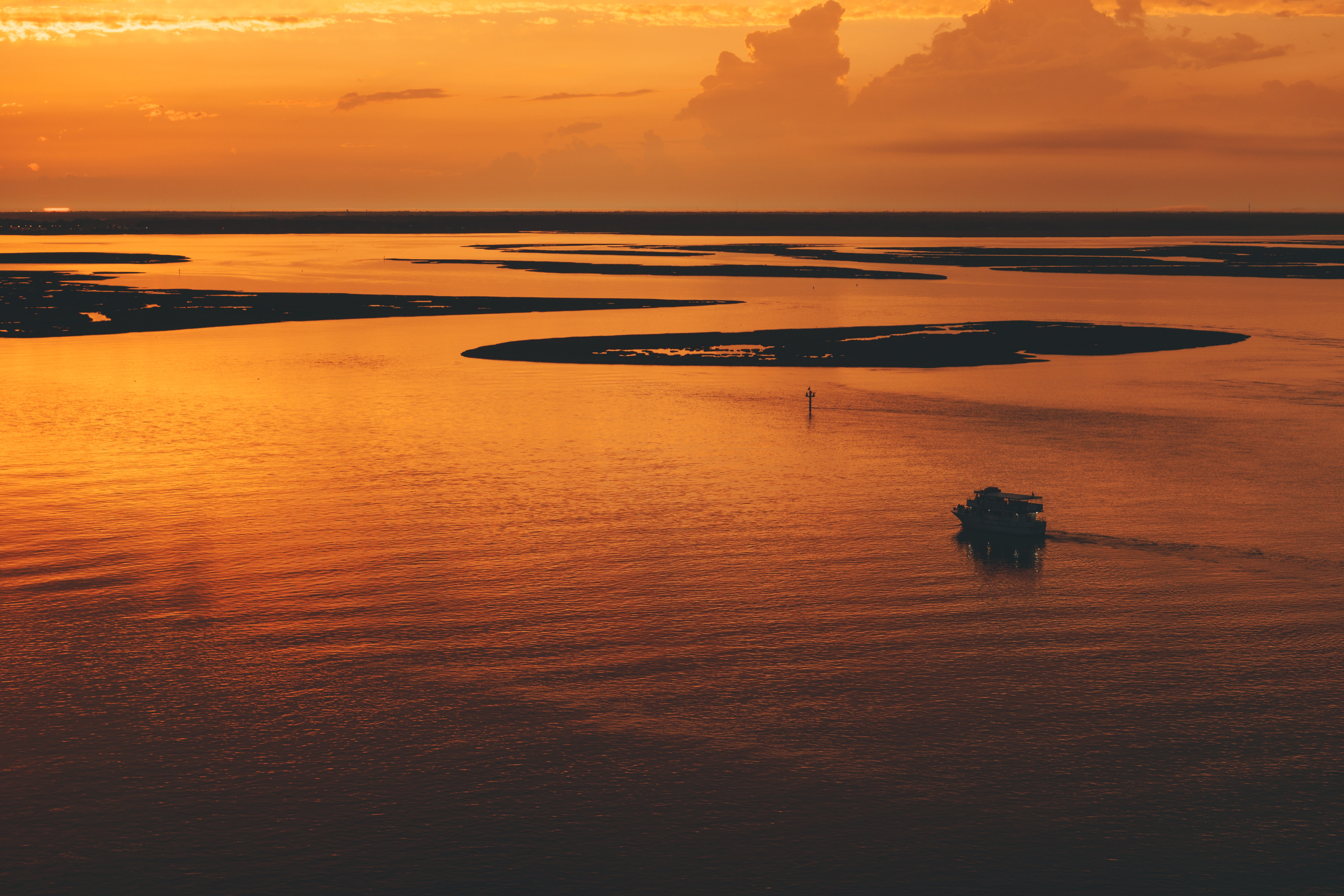 Atlantic City is first and foremost a shore town; when you think of the famous Jersey shore, you think of Atlantic City. The beaches are wide, the sands are soft, and the water is conducive to various watersports including kayaking, stand-up paddle boarding, and, in some areas, surfing. In fact, Atlantic City is known to have some of the best surf spots and surf shops in the entire state, such that some even gravitate to the area to learn. There are local surf schools where former professional surfers teach beginners and advanced surfers. Meanwhile if watersports aren’t your thing, the Jersey shore is also a nice place for spotting dolphins and observing other captivating marine phenomena – or simply for lounging about! 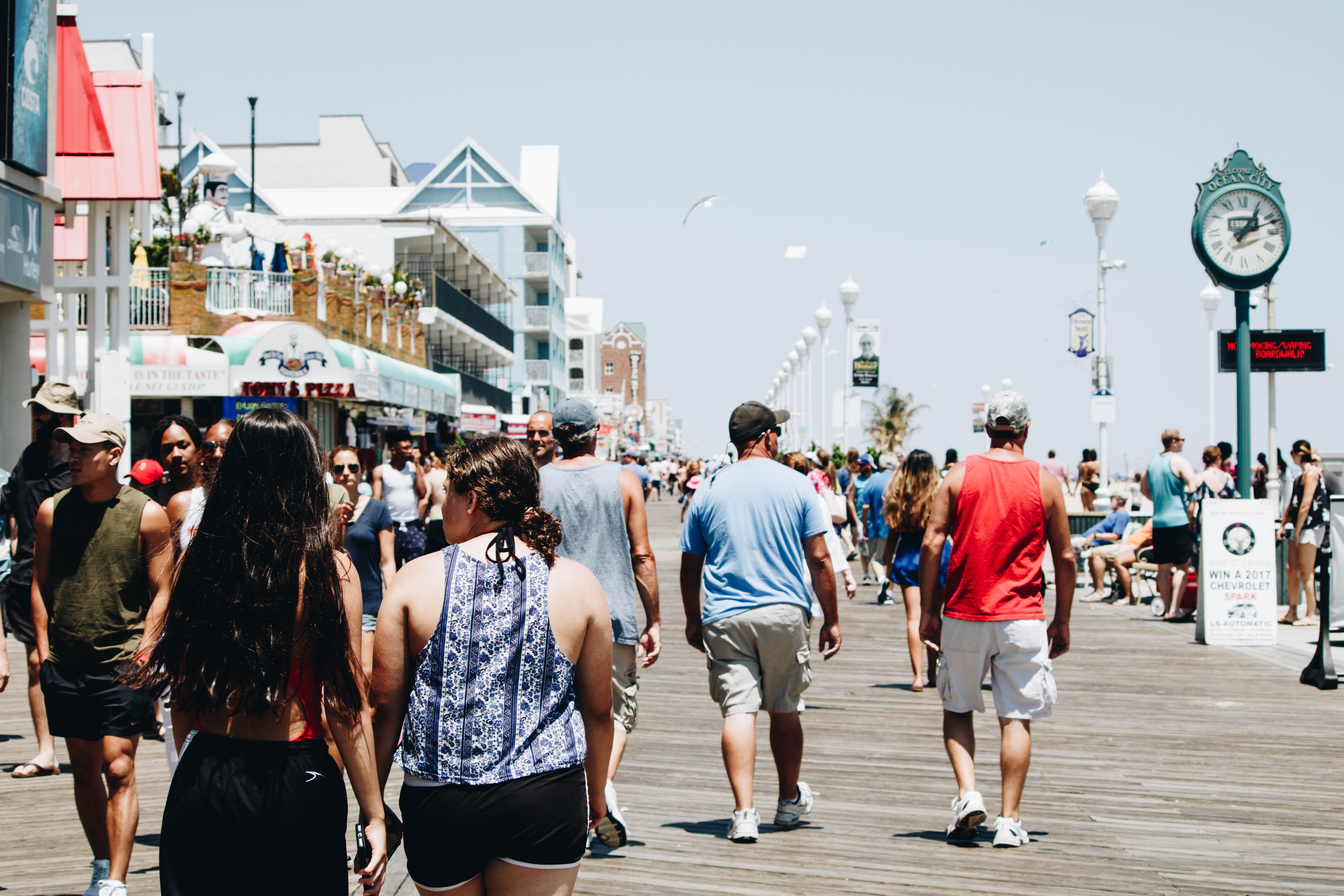 A walk along the historic, 19th-century Atlantic City Boardwalk gives travelers great views of the city’s seaside and metropolitan landscapes alike. The illustrious Boardwalk includes everything from upscale hotels, swanky casinos, and gourmet dining, to souvenir shops, bars, and carnival games. As to specific attractions, the Steel Pier amusement park, the aforementioned Hard Rock Hotel and Casino, and the Playground mall and its wide array of shopping spots are all located on the main Boardwalk.

The Boardwalk also includes other well-known establishments such as its own tram service and the entertainment venue Boardwalk Hall. Since 1929, Boardwalk Hall has staged concerts, stand-up comedy, and sporting events for Atlantic City, housing legends from the Rolling Stones to Beyoncé! 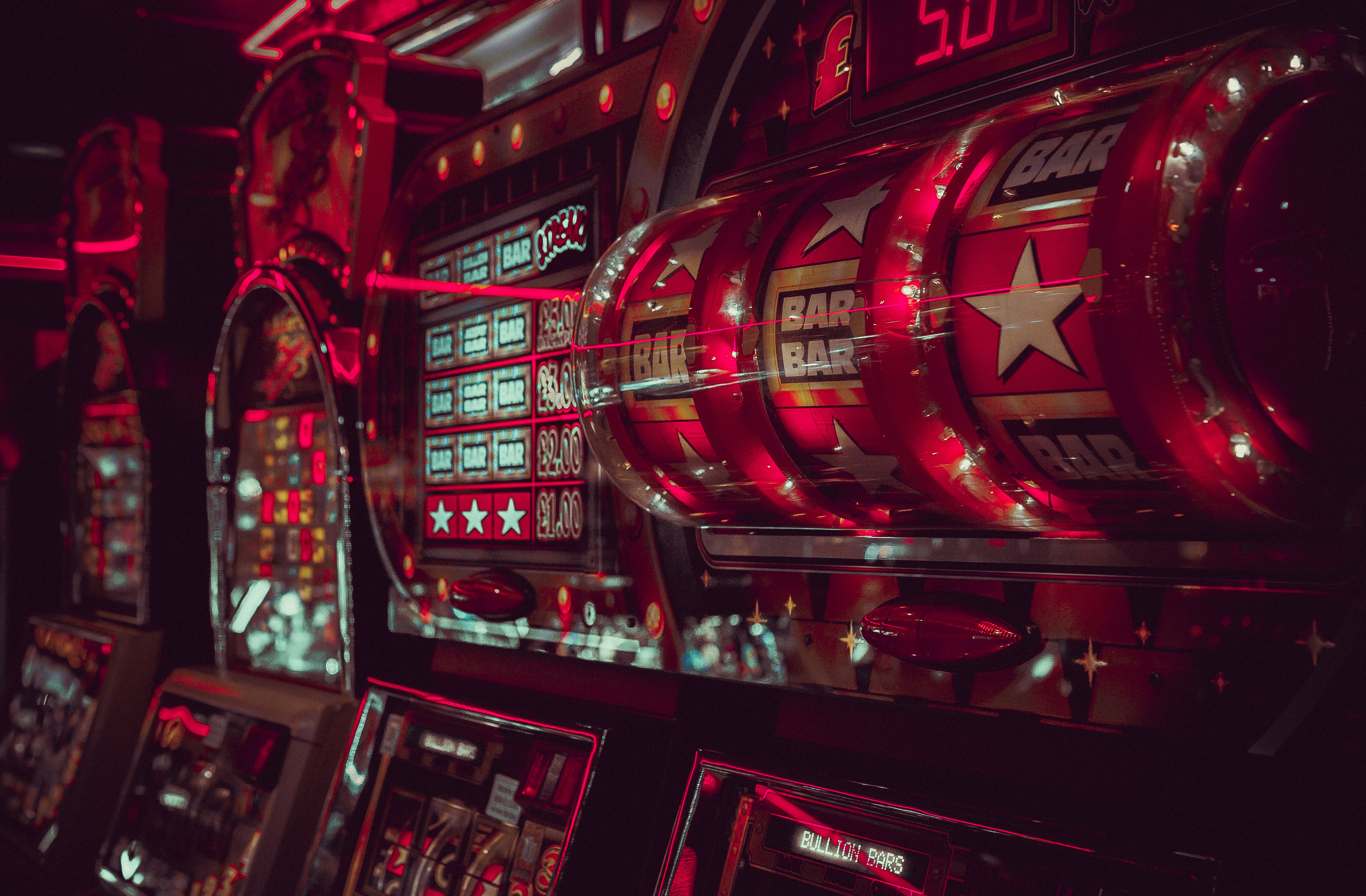 Gambling and casinos are what people usually imagine when they think of Atlantic City, thanks to the variety of upscale establishments that still make up the bulk of the skyline. Specifically, Atlantic City boasts 10 elite casinos including the Borgata, Caesars, Harrah’s, and even a brand new Hard Rock (which took the place of a failed casinoonce owned by America’s current president). Several of these luxurious casinos are located on the main drag of the renowned city Boardwalk, and it’s certainly fair to say they’re still the main attractions in town.

Additionally, Atlantic City’s relationship to online casinos also has to be mentioned, in 2019. A prevalence of poker gaming sites, table game and slot simulations, and even sports betting have digitized the casino business throughout New Jersey, and it’s all proven to be fairly popular with tourists as well. That is to say, some who enjoy casinogaming but can’t do it legally where they’re from, and would rather not mess with casinos, are inclined to simply stay in a nice hotel room and enjoy the state’s online opportunities. 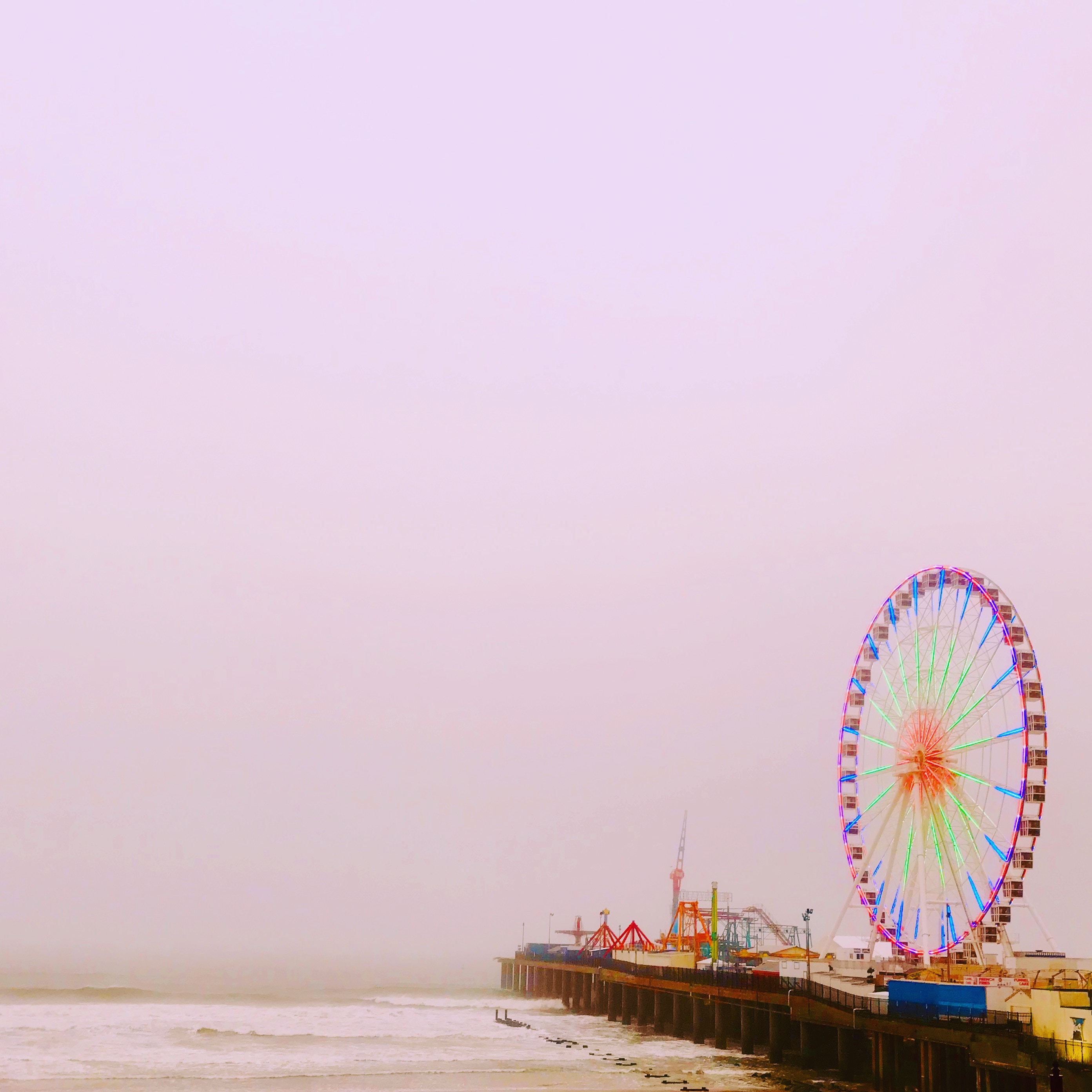 The Steel Pier branches off the famous Atlantic City Boardwalk near the Hard Rock, jutting out more than 1,000 feet into the Atlantic Ocean. The amusement park on said pier has been open nearly a century, and is one of the city’s most popular attractions. Frank Sinatra even performed on the pier during the height of its popularity! Sinatra may not be there anymore, but this iconic Atlantic City amusement park still has dozens of carnival rides, arcade games, and food vendors, as well as some more formal dining establishments. Ultimately, while it can still be crowded, it’s an immensely pleasant, family-friendly place most anyone can enjoy. 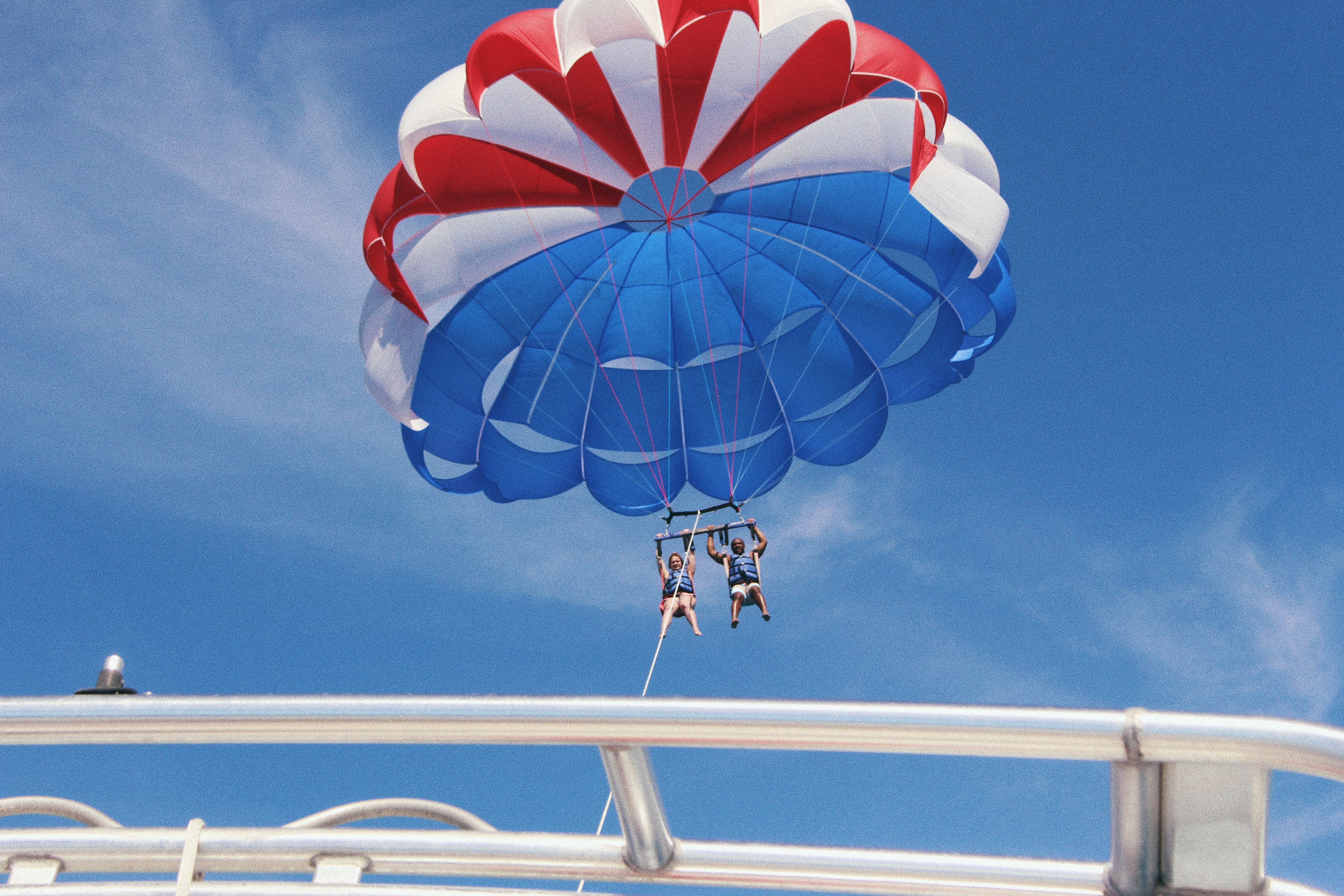 Founded to “fill the void” in the city where this particular sport is concerned, Atlantic City Parasail is a fully licensed and certified parasailing operator that offers a range of parasailing and watersport opportunities. It’s located in Gardner’s Basin, close to the Boardwalk, and its safe and exciting parasailing trips have become some of the more exciting attractions in the city – at least for those who like a bit of adventure in their travels. Atlantic City Parasail allows solo flying, flying in tandem, and also offers custom flying options such as a 12-person parasail boat for large groups. One way or another though, the company allows you to take in an aerial view of the city around the Boardwalk, as if you were flying above it. And if you like, you can even choose to get wet and land your parasail in the ocean!

How A Trip To Hawaii Island Can Become The Superlative Experience Of Your Life?

The World’s Most Unusual Hotels