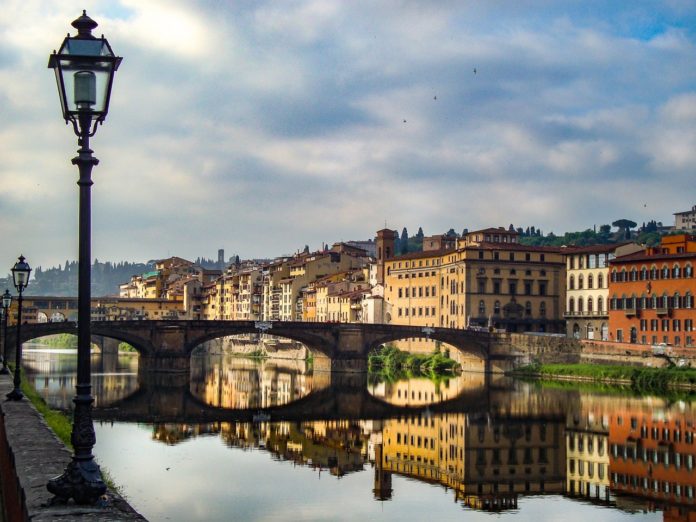 Dreamy, enchanting and divine, these three words perfectly sum up the true essence of Italy. Each city in Italy has something incredible to offer in terms of art, architecture, history, culture, cuisine and style. Everywhere you go, you are greeted by history in the form of palaces, cathedrals, castles, museums, art galleries and churches. Italy is the country where good food, fashion, fun and frolic is the way of life. It is easy to understand why the great minds of the Renaissance found inspiration and homage in Italian cities. 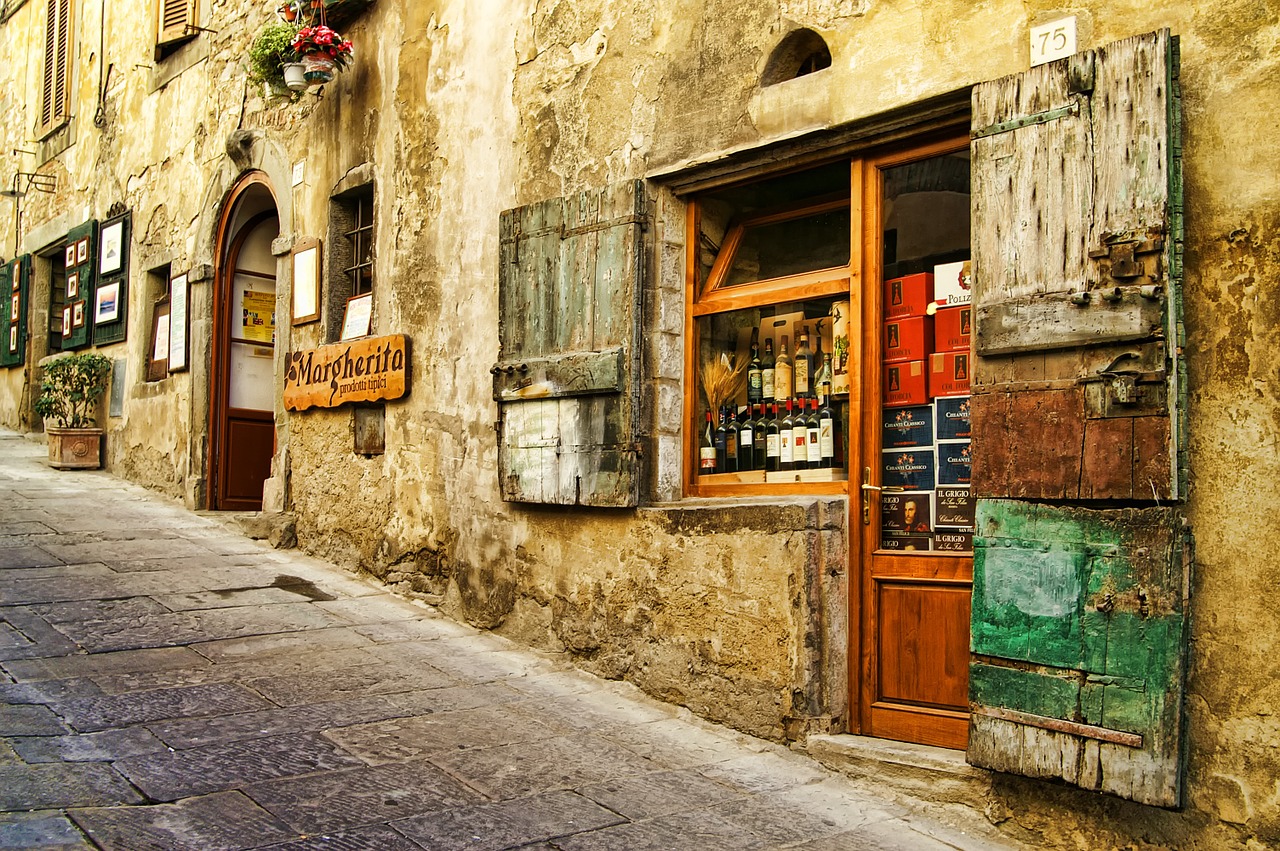 Tuscany is located in central Italy, its capital is Florence. Its breathtaking scenery, unparalleled heritage, warm and lively culture makes it the front-runners in Italian tourism. It is astonishing how one region alone can have so much to offer. From a long sandy coastline to smooth valleys, steep cliffs and headlands, the natural landscape is to die for! Apart from the natural landscape, man-made wonders such as medieval towns, churches, castles, and abbeys enhance the region’s historical appeal by many folds. The urban cities of Tuscany are equally charming and bustling with life.

Though every city in Tuscany, Italy has their own unique tale and is worth a visit, you must pay a visit to these 4 cities for the quintessential Italian experience. 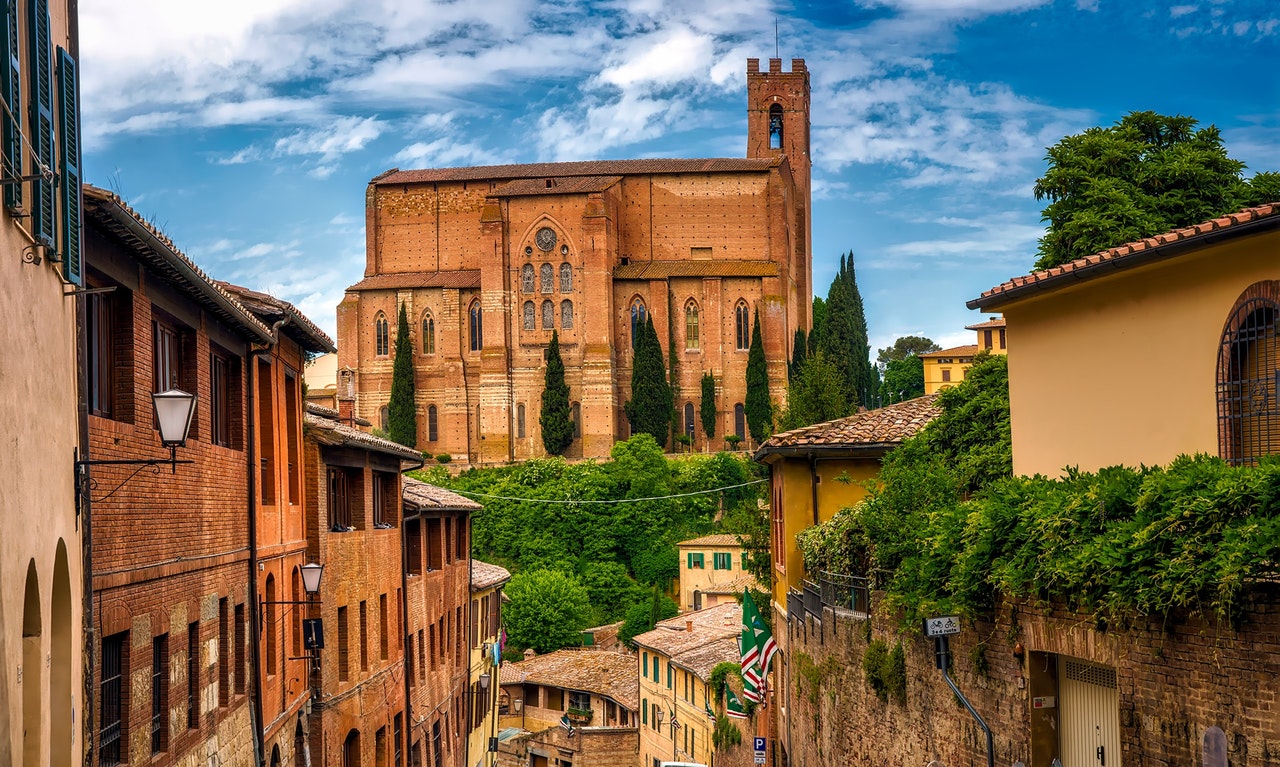 It is one of the most popular and visited cities in Italy and has a long historical and cultural heritage attached to it. Siena is situated in central Tuscany and has not seen much change in its landscape or cityscape for years now. One of the main reasons why you should visit Siena is for the love of history, art and architecture. It still looks pretty much the same as it did in the 14th century and the preservation of the medieval art, architecture and structures adds to its charm. Most of the architectural marvels you see in Siena date back to the Middle Ages when Siena was riding high in economic and cultural development. Places that you must visit during your tour of Siena include the city hall of Torre del Mangia, medieval public Square of Piazza Del Campo. After climbing around 400 steps, the view of the entire city from the top of the tower makes it worth the sweat. The Piazza del Duomo is home to four architectural beauties named the Cathedral, the baptistery, the Piccolomini Library and the Crypt. You must make an OPASI Pass to save at least 50% off on individual ticket costs if you wish to visit the Piazza Del Duomo and the marvels within it. The Door of Heaven allows you to take guided tours to the top of the cathedral. If you like visiting churches, then the Cathedral of Santa Maria Assunta should be on your go-to list. It is the perfect example of Roman-Gothic architecture and is decorated with works from some of the most celebrated names in art such as Michelangelo, Donatello Nicola Pisano among others. Museo dell’Opera del Duomo is a private museum built on the south of the Cathedral as part of a project that was never completed. It has the work of Giovanni Pisano and Duccio di Buoninsegna. You can even visit the oldest hospital in Italy, Santa Maria Della Scala. You can even just stroll down the street and enjoy the sights and smells of Siena. There are a number of roadside handicraft and local food cafes. Siena has the best variety of sweets and cookies in Tuscany. 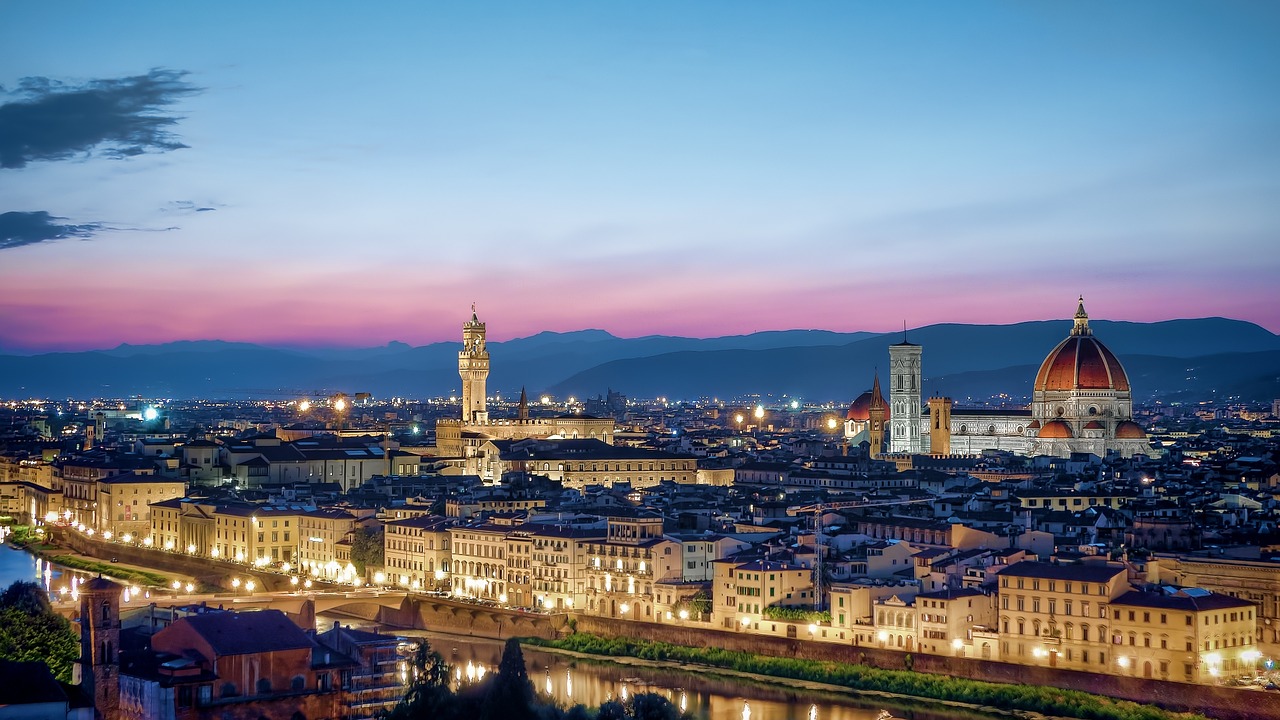 Firenze or Florence is the capital of Tuscany. It is here where many artists of the renaissance period found inspiration and shelter. There is so much Florence has to offer that the list seems never-ending. First, stop at the Uffizi Gallery which has creations such as Botticelli’s “The Birth of Venus” and Da Vinci’s “Annunciation.” The San Lorenzo Market is the largest and oldest food market in Florence. It is the best place to find the fresh produce, chill and relax at the several bars, bistros and cafes that it hosts. San Miniato al Monte is the oldest church in Florence. It is a Romanesque structure that is adorned with mosaics, medieval frescoes and medallion ceilings. Santa Croce is the world’s largest Franciscan church and is the resting place of scientific and artistic geniuses such as Galileo, Dante and Michelangelo. Other must visit places include Palazzo Pitti, Boboli Gardens, Piazza Santo Spirito, Palazzo Vecchio, Ponte Vecchio and Cattedrale di Santa Maria del Fiore. 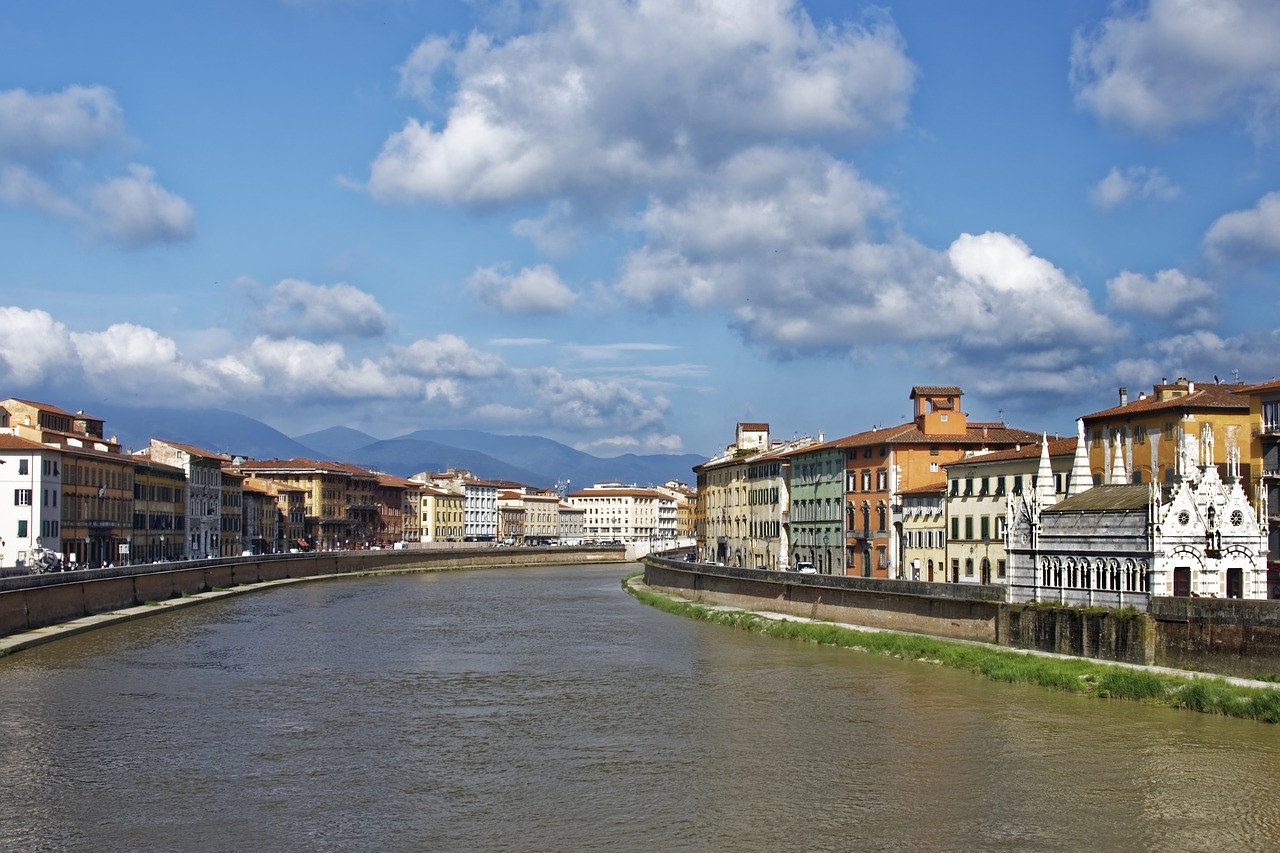 Pisa is most famous for being home to one of the Seven Wonders of the World, The Leaning Tower of Pisa has a rich history and reached the pinnacle of fame during the time of the Maritime Republic. The neighbourhoods are adorned with riverside streets and Roman–Gothic churches. Piazza delle Vettovaglie or the Piazza Chiara Gambacorti is the best place to spend your evenings. Within the Piazza dei Miracoli visit the Baptistery, where concerts are held occasionally. Other architectural gems worth a visit include Santa Maria della Spina, the headquarters of  Scuola Normale Superiore di Pisa in Piazza dei Cavalieri, Pisa Cathedral, Pisa Botanical Gardens, Palazzo Blu and Pisa Charterhouse. Pisa is more than just a historical centre, there is much more to explore and enjoy. Pisa hosts a number of local events and festivals such as the Luminara di San Ranieri, Maritime Republics, Regatta of San Ranieri, and Battle of the Bridge held in June. The natural beauty that surrounds the city includes San Rossore and Natural Park Migliarino San Rossore. 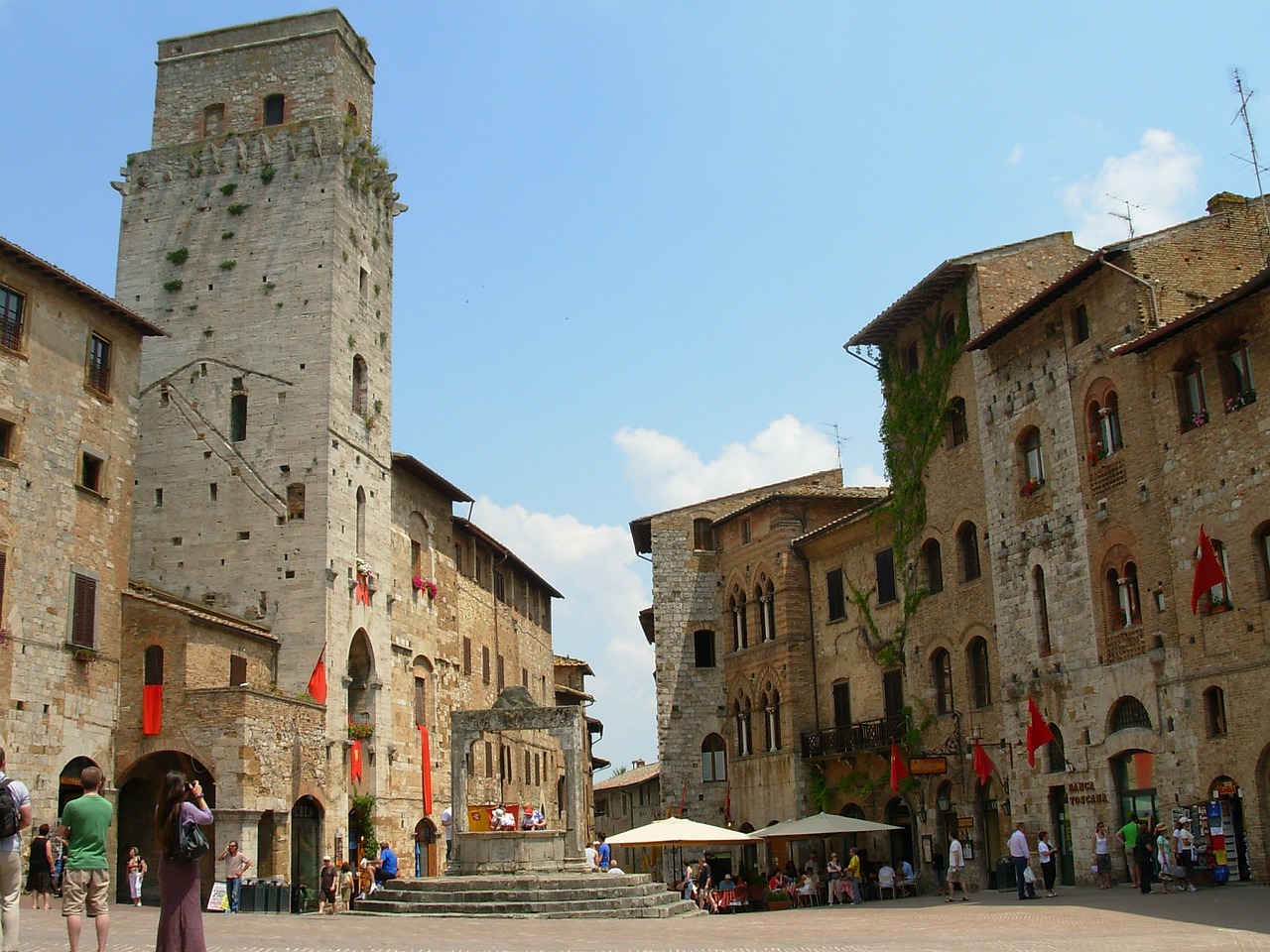 Special mention should be made to this medieval walled town of in Siena. It is called the town of fine towers. Out of the 72 tower houses built by San Gimignano’s patrician family, today only 14 survive. It still upholds its feudal flair and is a UNESCO World Heritage Site. Visit Duomo di San Gimignano to marvel at frescoes of new and old testaments painted in the 14th century, the most famous being the Madonna of the Rose. You can enjoy a 360-degree view of San Gimignano from the tower of Torre Grossa. The civic museum houses some of the best ancient and contemporary artwork. The roadside cafes in San Gimignano serve the most exquisite pasta and white wine.

This post gives you more than one reason to plan your next trip to Tuscany and visit these 4 places to have the time of your life. Tuscany is the greatest repository of all things fine in the world. The art, architecture, cuisine, wine and weather will keep you wanting for more.

Things To Do During Your Trip To Marrakech

A Guide To Camping In Maui, Hawaii

Know About The History Of British Before Visit