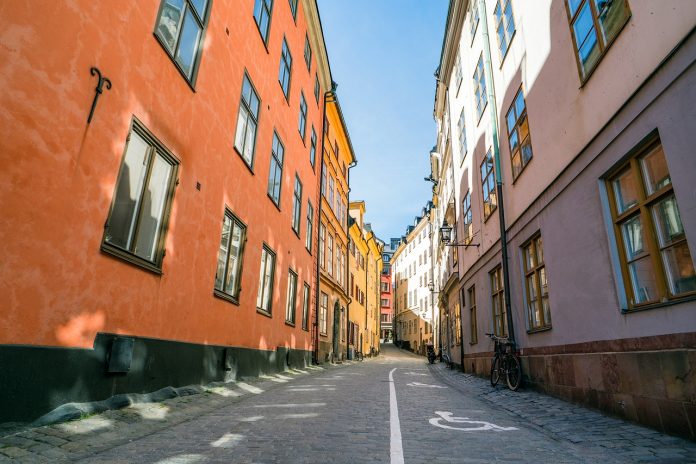 Europe is certainly not short of picturesque towns to visit. However, their reputation often means that some of the more famous destinations are covered with tourists and their selfie sticks. Fear not, there are plenty more lesser-known towns to visit in Europe, all of which are just as beautiful as their famous counterparts. Let’s take a closer look at the continent’s towns that are not as well-known but equally deserving of the economy boost that tourism brings.

Just 90 minutes from the hustle and bustle of Rome, Sperlonga makes for one of Italy’s most beautiful uncovered gems – and that’s saying a lot for a country so famed for its natural beauty! Nestled along the very blue coast of the Tyrrhenian Sea, Sperlonga was once favoured by Hollywood stars of the 1950s, including Marlene Dietrich and Arthur Miller.

Aside from the bluest waters, the town also boasts white shuttered houses and meandering walkways. A peaceful sense of serenity hangs over the town. Its lazy summers can last for up to six months of the year, making it perfect for anyone who loves beach days.

Folegandros is often forgotten to its sister Santorini. However, this does not make it any less of an Aegean treasure. The town is slightly more difficult to reach due to an infrequent ferry, but the four hours that you will spend on the sea will all be worth it once you reach this island of just 650 residents. Once there, you take a walk to see the whitewashed houses of Hora, all perched atop a 200-metre cliff. You can also expect to enjoy the freshest seafood, cosy taverns and beautiful white-pebbled beaches.

Croatia has long been famed amongst beachgoers for its shimmering turquoise waters and picturesque coastal towns. However, Lastovo makes for an excellent secret nook for travellers looking for an adventure off the beaten track. It is a tiny town and the second most remote island off the coast of the Croatian shore. Home to just 800 people, tourists aren’t common in the area.

There is no Wi-Fi in Lastavo, making it perfect for those looking for a digital detox, but less than ideal for anyone who want to take advantage of mega casino bonuses! You can expect to enjoy glorious local wines, as well as spearfishing lessons and plenty of hikes across an untamed island.

Once a thriving trading post, Iceland’s Arnarstapi is located on the south coast of the Snaefellsness peninsula. The town has now shrunk to a small fishing hamlet. Enthusiastic hikers will love the remote settlement at the foot of Mount Stapafell as it boasts glorious natural surroundings that includes phenomenal columnar basalat ravines.

Hellnar, just a walk along the coast away, is another hamlet known for its bright cottages. It leads past a gleaming gletsjer where one can see dried-up streams of lava that have formed some fascinating shapes.

This seaside town in Ireland is often referred to simply as ‘Clon’ by its small local community. Clonakilty boasts bright houses, sandy beaches and that famed Irish hospitality. Visitors to the town can expect to enjoy fine live music as well as the town’s famed black pudding. The recipe dates back to the 1880s and is known as the best in the country.

Travel On A Tight Budget: Most Affordable Destinations

How To Document Your Solo Travel Experience

Things To Do In Sydney During Holidays

Effective Tips for an adventurous and successful kayaking